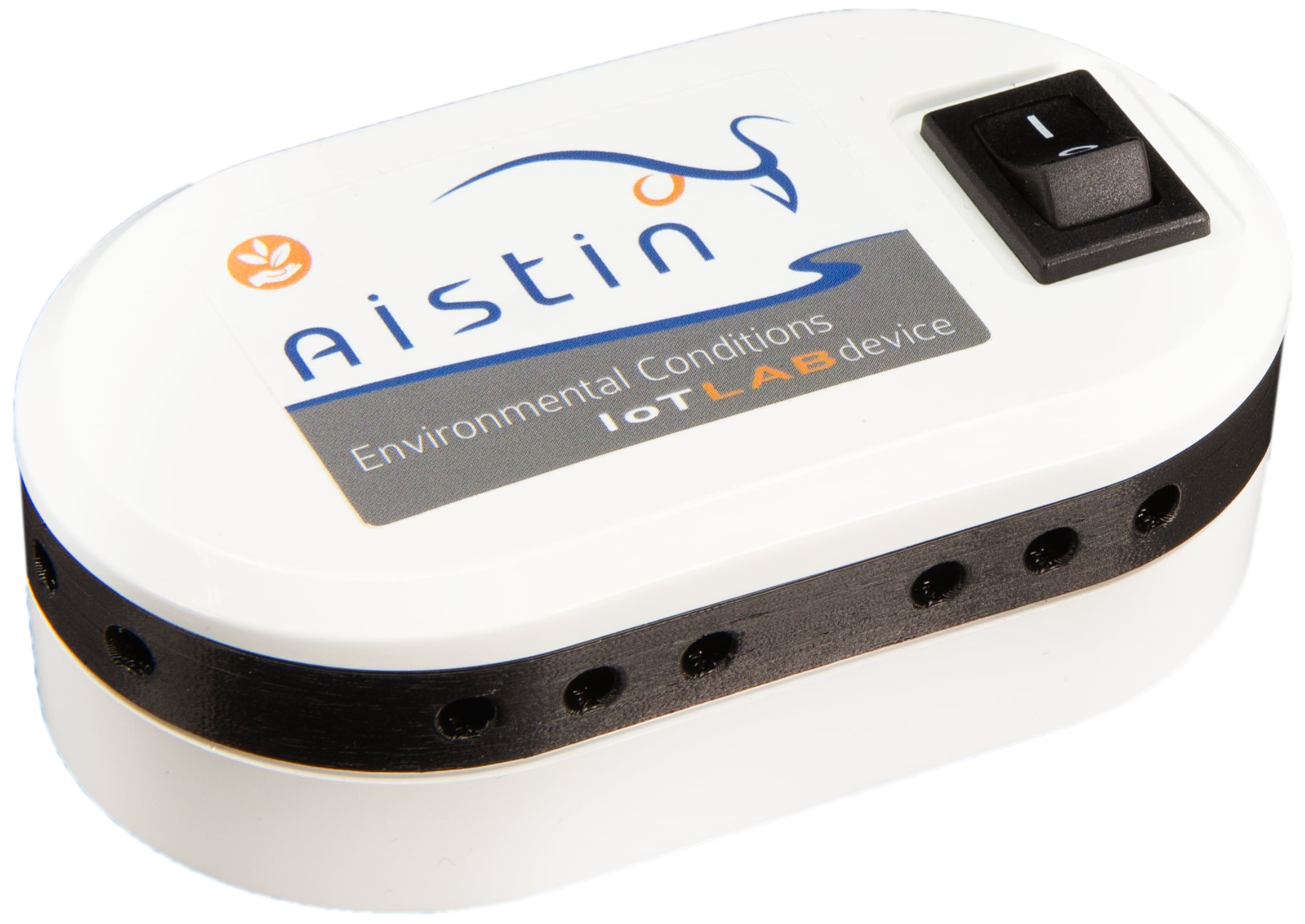 Aistin Blue variants have also the option for external memory or SD card add-on board.

Aistin IoT Blue devices have both BT5 + 4G NB IoT/CatM1 or Lora radios. The variant of GPS is also available.

All Aistin Blue and Aistin IoT boards are equipped with Aistin Bus24 host connectors based on the Aistin Bus24 open standard specification. Board has a micro USB connector for data transfer and battery charging, power and charge control and programmable red, green and blue LEDs. There is also an option for the smart switch.

Aistin Blue Boards have build-in sensors for detecting motion, humidity, temperature, and air pressure. The solution can be extended, but at the same time kept still tiny by using Aistinbus24 add-on-boards or flexes.

Aistin Blue and Aistin IoT Blue application (firmware) programming can be done with Nordic Semiconductor’s tool set. There are options to use Keil or Eclipse IDE. It is possible to develop Blue application (firmware) also with ARM MBED. When using ARM MBED, firmware needs to be flashed to Blue either using DFU (needs ZIP format) or by using debugger and TagConnect -cable. Contact sales(at)iprotoxi.fi for SDK request.

Aistin Blue and IoT Blue supports DFU (Device firmware update over the air) -feature. With DFU you can download the latest firmware image to Blue without wires using Bluetooth. For DFU operation we recommend you to use nRF Toolbox application that is available from Android Play -store. See more info at https://www.nordicsemi.com/eng/Products/Nordic-mobile-Apps/nRF-Toolbox-App

When using J-Link debugger, you can either use Tag Connect ARM20-CTX 20-Pin to TC2030-IDC Adapter for Cortex http://www.tag-connect.com/ARM20-CTX or you can use iProtoXi adapter for TC2030-IDC (available on request).

When using Nordic Semiconductor reference design kit debug out, you can use adapter for TC2030-IDC provided by iProtoXi.